Oh right, the army, the army that attacked our town. That army.

>Tell the invading army that the war is cancelled, they can all pack up and go home now. Better luck next time seeya!

After a few seconds of awkward silence, Ivan the human walks up to introduce himself to the new strange people.  He coughs to get everyone’s attention. 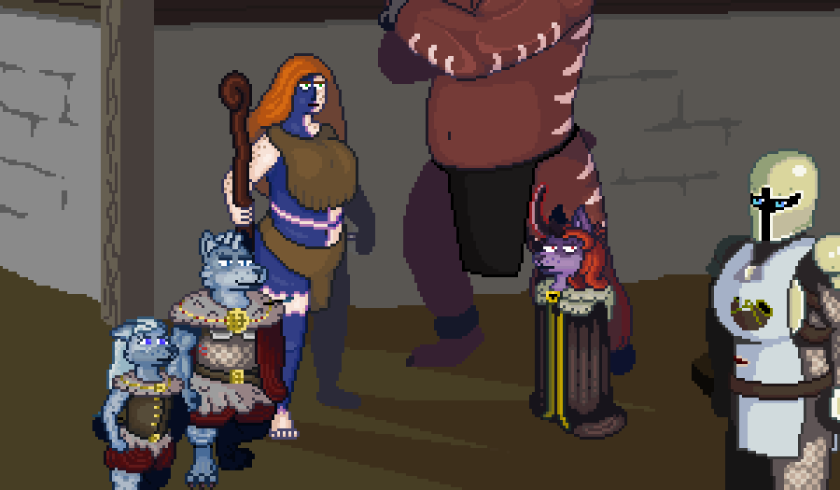 “Oh, hey Ivan Mcgotstabbedintheliver.  How’s it going?  I kind of forgot you were here.”

“Thanks, I guess. So are these friends of yours?” he says, before turning to the new individuals.

“Sure.  Why don’t you introduce yourself then and we’ll get back to business.”

Army of humans: Be confused.

“Right.  So, uh… hi?  Nice to meet you, strange sky people.  Lady Einhendra and I were discussing the terms of my surrender when you showed up.  You’re more than welcome to join I suppose.” the human offers as he tries to figure out what exactly is going on with his life.

“And Lady Einhendra: since you said earlier that you don’t have a grand hall any longer and that you can’t ‘officially’ make decisions yet, would you want to come with me to my uncles estate?  It’s only a nights travel from here and he has a lot of booze that I really think I’d like right now.  This also means that we can sign an accord of some kind outside of the view of your father.”

“Will there be food?”

Ein: Recall the thing that Thoki is talking about.

“What the small blue muscley one said, is there going to be food?” the guy says, trying to determine if the smaller gnolls count as food.

“I’m sure my uncles servants will be able to make something for us.”

“I think we’re friends now.”  And under his breath he says “friends, not food.”

“Sure.  That works, you look like someone I should train with.  Gnolls around here don’t get nearly that big so you must be doing someth-”

“Okay wait, wait.  Before you go off into some kind of attention deficit tangent let me get this straight.  This human kills a few of our people, trying to finish off the last of our people.  Then out of literally nowhere a demon thing falls from the sky but then it’s a little kid for some reason.  Oh, but it’s not over yet, because these other guys also fall from the sky, strike silly poses, a-”

“Yea, that was a neat entrance!  I want to strike poses too next time!”

“… okay.  And then the human wants the heir to our small and dying kingdom to go with them into human territory now for their surrender?”

“I was only here for part of that but the part I was here for is correct.”

“I agree, today is weird.  I really just want to get to my uncles booze.  Much of my world view was questioned tonight and I have no more fight in me.”

Why is this frame so small?! I will destroy this tiny box!

“Wait, am I out of frame because I’m too tall?  How long have I been out of frame?  Let me get into frame real quick.  I thought I was looking all cool and all with my serious face!” the large tailless gnoll says as he changes position, letting out a displeased huff. 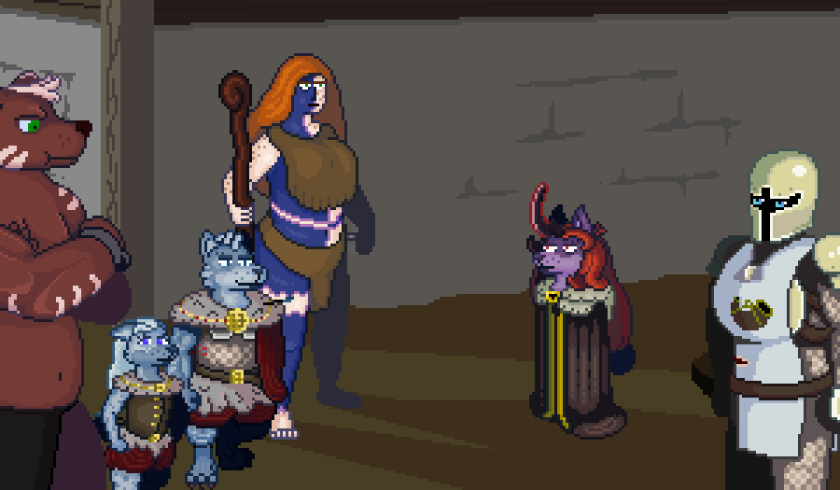 “I don’t even know anymore.”

“Human female.  It was Isobel, right?  You’re the only one that hasn’t said something dreadfully strange yet.  I’m not crazy, right?”

“No, you’re right.  This is all stupid.  But my contract requires me to be bossed around by a midget purple dog person in polka dot footy pajamas and to fix bone.  However, the contract doesn’t say anything about fixing stupid.”  She wonders if she said too many words to maintain her stoic image.

“Okay enough of this.  Let’s just go to this guys food building.

“You mean my uncles?  Yea, let’s get going.  Also can I ask an almost intrusive amount of questions as we travel?  I’m kind of curious as to how wrong my assumptions of demihumans were.”

“I’ll allow it.  Narrator, zoom in as a segue to the next scene.”

“I wasn’t really directing that at you, but okay.  What do you mean by Narrator?  What are you talking about?”

“The camera man got too close.” 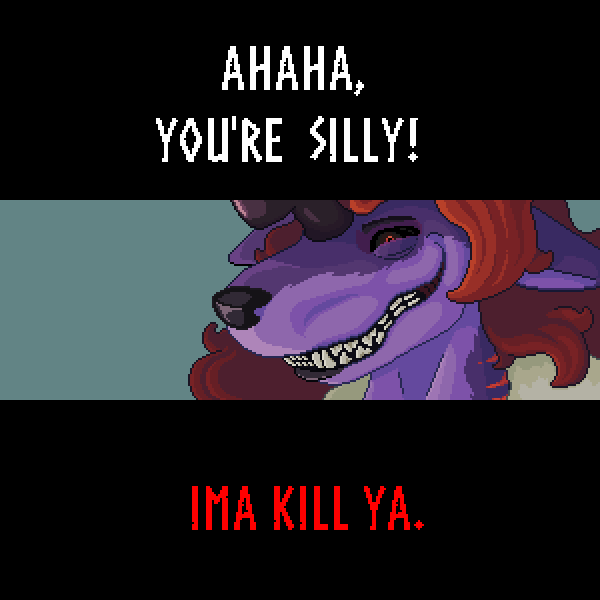 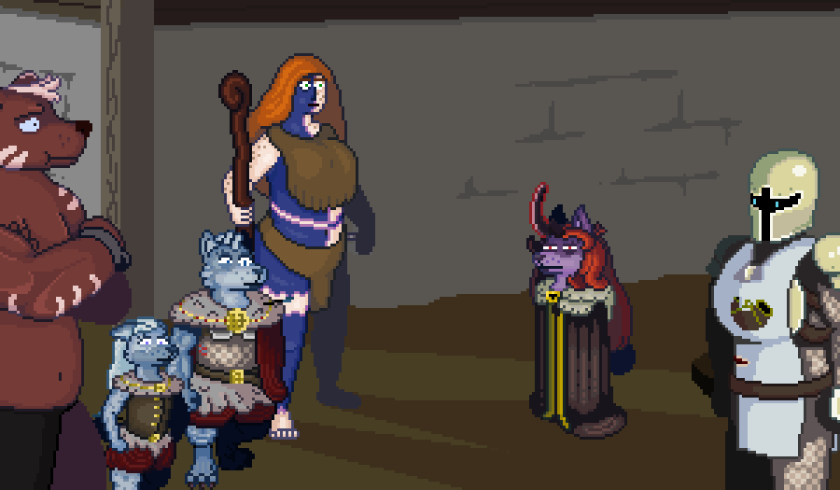 “Why does reality taste like my legs feel when they fall asleep?”

“That… is a very accurate way of describing what we just experienced.”

“Don’t worry about it guys.  My computer thought it was being cute.  Lets just go.”